Things you want to know about
AT&T Internet

All of AT&T's internet plans come with a combination modem and Wi-Fi router for no additional fee. Television and bundle packages with TV also come with receivers for up to 4 rooms and an HD DVR.

AT&T's Total Home DVR allows you to record up to 4 shows at the same time. This feature is included in all U-verse TV plans, so you never have to miss any of your favorite programming.

Since 1983, AT&T has been a publicly traded company and currently stands as the largest provider of DSL Internet in the United States. On top of being the largest provider of fixed line telephone service in the US, AT&T is also the second largest mobile phone provider. Since 2006, AT&T has offered their U-Verse service which can include broadband Internet, TV, and telephone service.Wireless service is available in all 50 states and Puerto Rico.AT&T's 4G LTE wireless service offers customer download speeds between 5 and 12 Mbps.After recently merging with DirecTV, AT&T now offers bundling discounts for their Internet service and DirecTV's television service.

AT&T U-verse offers internet plans that start at $40.00 a month.

Most customers, who have AT&T U-verse available to them can get speeds between 25Mbps and 100Mbps. Customers in areas with a fiber connection available can get speeds ranging from 100Mbps to 1000Mbps.

AT&T offers both Cable and Fiber internet connections. Fiber has more limited availability, but offers greater speeds, which can reach 1000Mbps or 1Gbps.

AT&T's plans include 1TB (Terabyte) of data per month. Additional data is charged $10 per 50GB, but is capped at $100 per month of additional data fees.

Recent Posts for XFINITY from Comcast 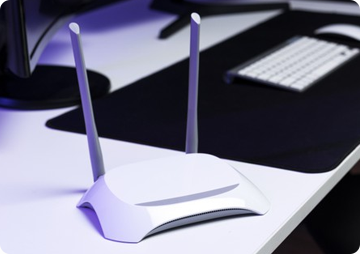 Difference between DSL and WIFI, what you need to know

Which One You Should Buy? Smartcast or Smart TV